Celebrating Three Decades of Boosting  years of financial aid
SFASC is proud of our role in providing over $500,000 in much needed financial aid to more than 500 South Florida Air Force ROTC cadets.
Benefitting South Florida Air Force ROTC cadets
SFASC helps Cadets afford the array of costs associated with pursuing education objectives, to learn the value of teamwork and leadership, to understand the sacrifice of those who came before them, and to inform them that their personal service is recognized and appreciated.
Benefitting America as Our Community
Thanks to their ROTC leadership training, AFROTC cadets become better students, better citizens and better neighbors. Many will return to South Florida after their active duty tour, becoming our neighbors, business associates, civic and business leaders.
We pledge our continuing support
Thanks to your donations and demonstrated support, SFASC will continue to be able to help deserving young students continue receiving scholarships from SFASC for decades to come. Our expenses are miniscule. We pay no employees, and we have no recurring expenses. Our Board Members serve at the expense of their own time and funds, they receive no compensation or benefits. The united mission is to help boost the next generation of AF leader. The funds we raise go to the scholarships. Costs of education continue to rise. So must we. The time to build a foundation for ongoing assistance to Cadets is now. 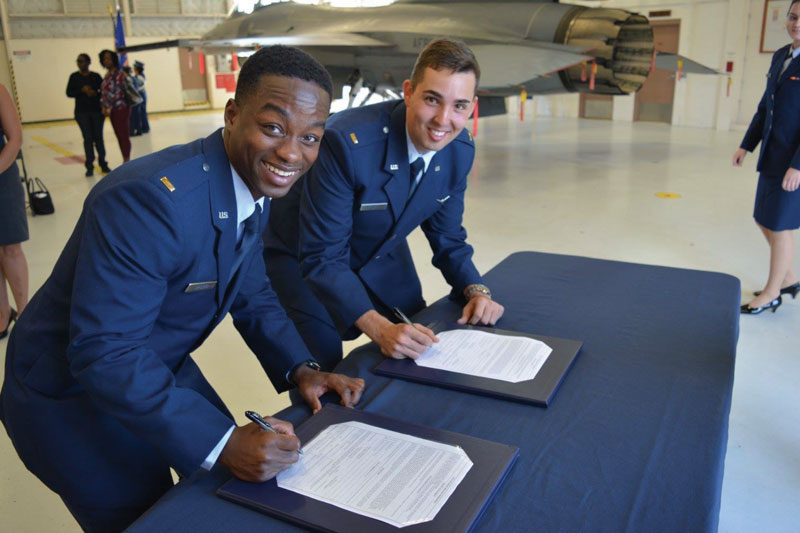 The first Air Force ROTC unit was established in 1920. Currently, there are four U.S. Regions, 145 host Detachments and 1,100 cross-town schools in the program.

Air Force ROTC is the largest and oldest single source of commissioned officers for the Air Force.